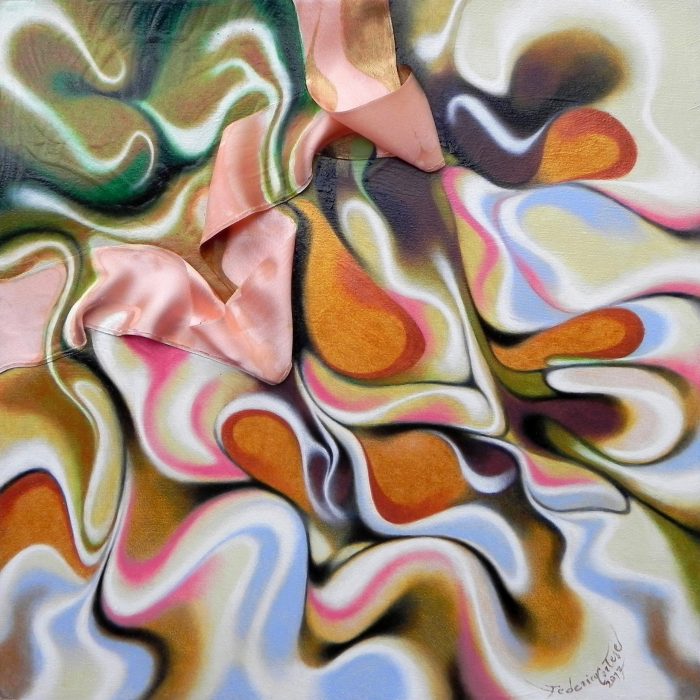 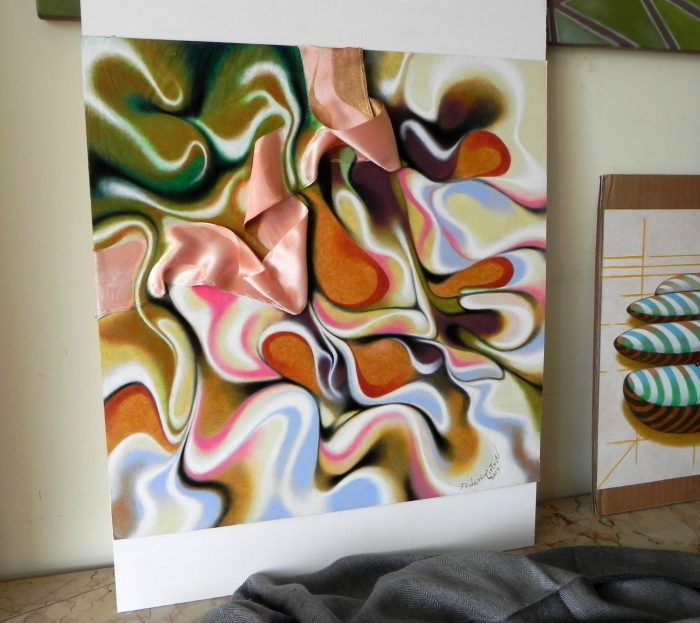 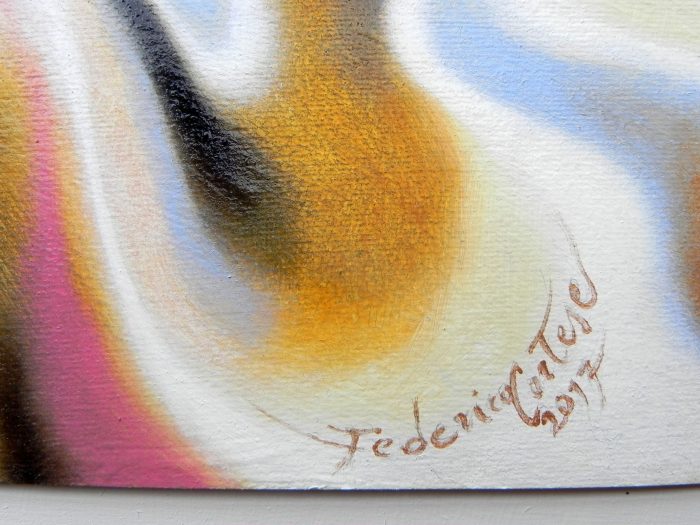 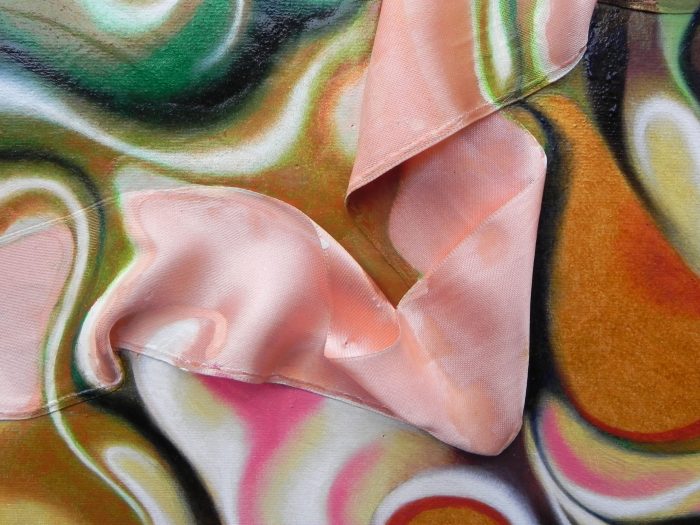 An original piece from the series “Extrusions”, oil and fabric on cardboard. 2017. This series of works was originally born from the following idea: I imagine a sign on the paper, like a cut, from which other signs, shapes and colors emerge, as if it were a sort of material capable of generating the painting, a sort of Pandora’s pot of painting. By the time this initial idea has become more complicated. That sign on paper came out of paper, it has become three-dimensional, a piece of fabric on the sheet, a sort of pocket from which the paint spills, and eventually other simple objects spill, such as little glass beads, that suddenly become precious just because they are now on the surface of a work of art. Cardboard weight: 290 gr/mq. Finishing: protective gloss varnish (transparent mastic paint). Certificate of Authenticity: included, with signature of the artist on photograph. Signed: on the front, bottom right corner.