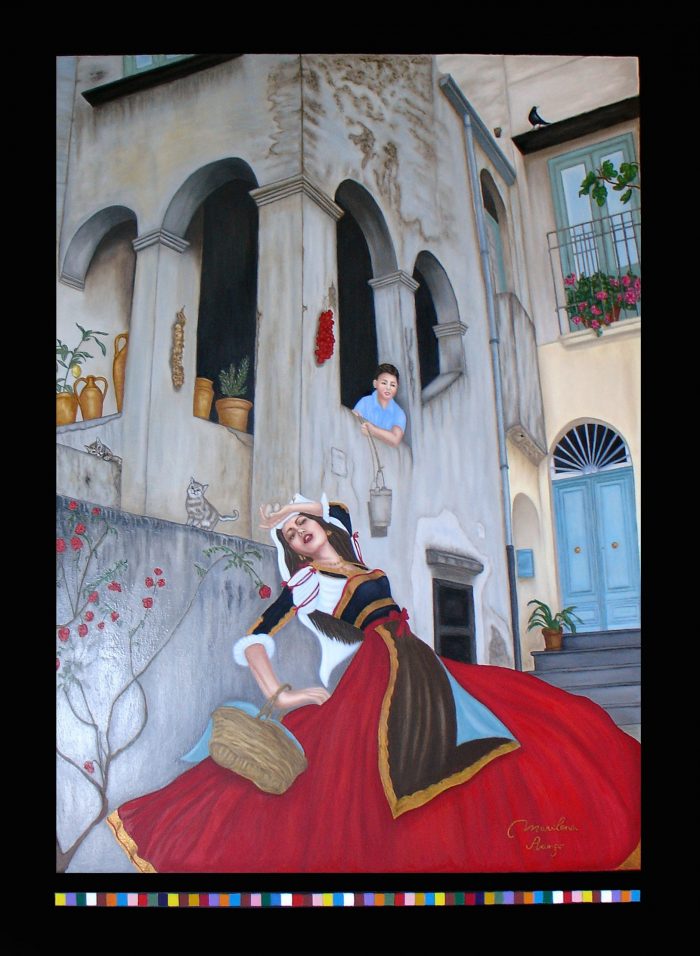 The work was presented on the occasion of the solo exhibition “Cassano è un Presepio” in 2013. Subsequently, it participated in numerous group exhibitions between Naples, Rome and Milan.

The framework has as its background a building among the most beautiful of the Cassano allo Ionio’s historic center, in the province of Cosenza, Southern Italy. The perspective view highlights a constructive detail that reflects the dominant typology of the place: the lodge. The first floor, however, is characterized by the presence of a girl who wears the typical traditional costume of the place. The background scene, with its urban landscape, is made alive by the presence of the child, resumed in his activities of collaboration in the domestic life of his family.