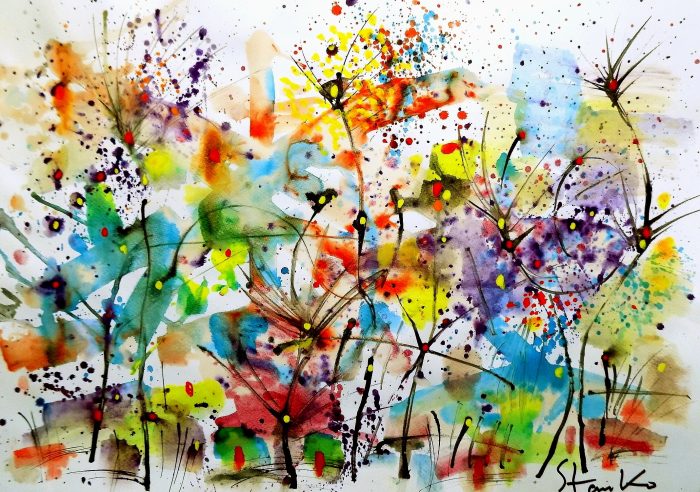 "The horizon of real phenomena (thought, time, space) where the echo of one’s own traces of existence and the need to be, the distant and the primary are identifiable with the roots.

The Roots; proto-history, antiquity, orthodoxy, mistery of voices and incantations, existence, Ego, as a particle of matter, scattered amongst the romantic autonomy of the territory of origin, reveal a visualisation, a feeling of unity of perception and understanding. In my artistic work I am trying to collaborate in the framework of these local (and other) cultural traditions and to make (perhaps) new anticipations into the system of global presentiments of the modern individual, which graduate to become globally understood signs, symbols and codes. This is a honest and true route for me in the search for the global in the local."Born in 1966 in Bulgaria. MFA in Printmaking-1995, at the Academy of Fine Arts-Cracow, Poland, in the Studio of Prof. Andrzej Pietsch. Works in the areas of Painting, Drawing and Graphic Art.