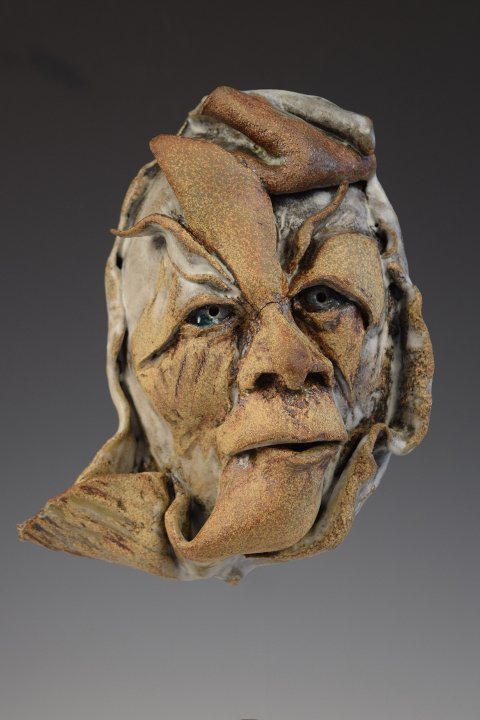 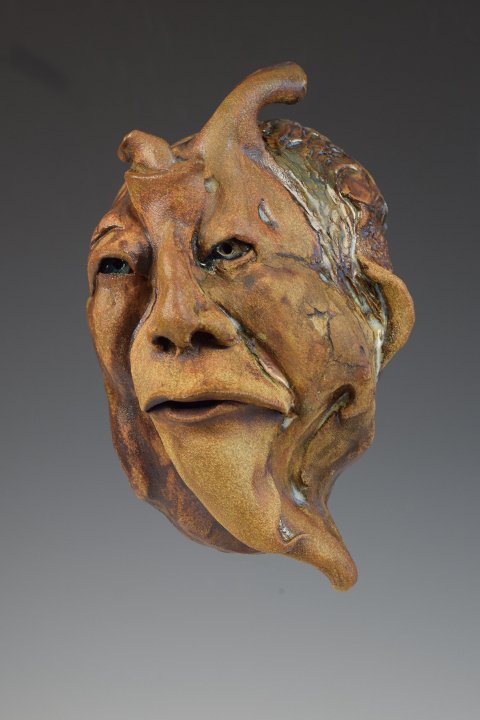 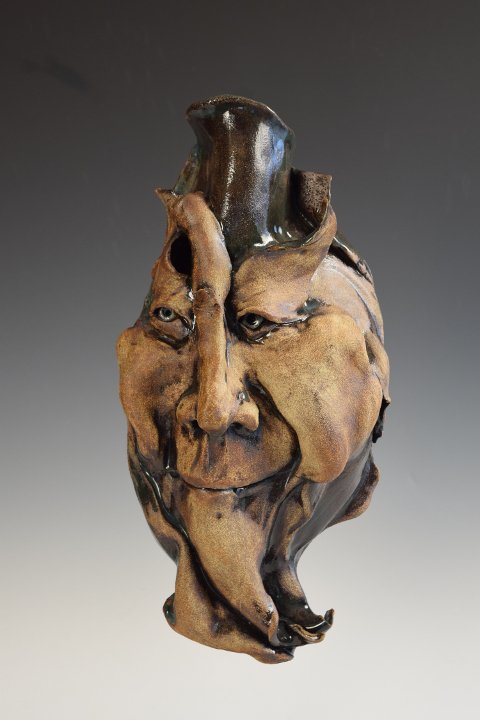 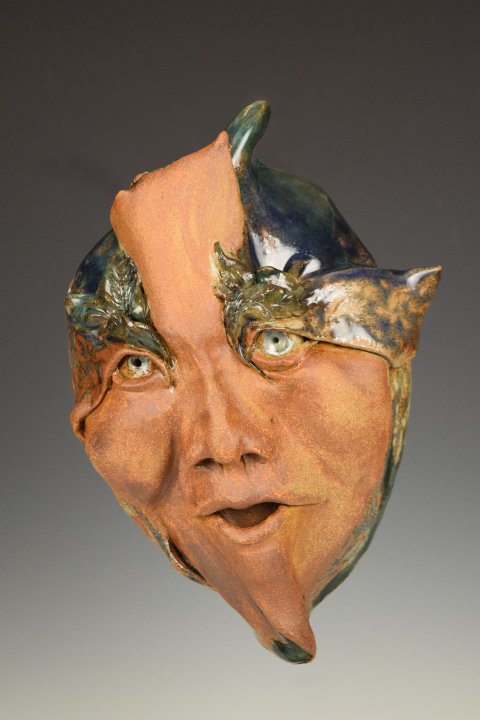 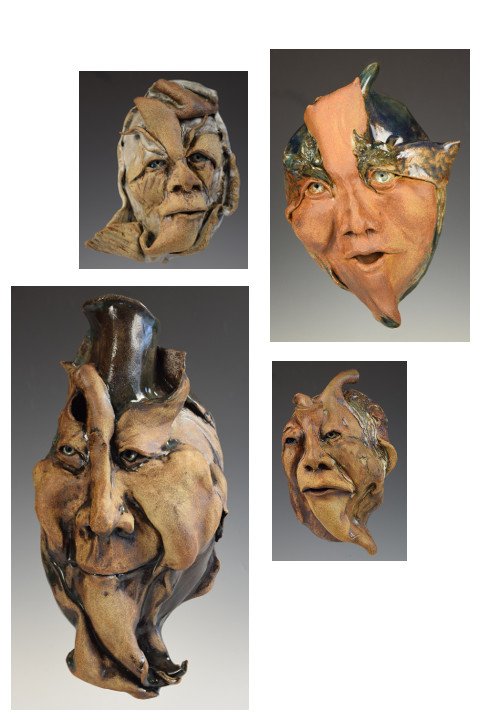 These four masks comprise a set depicting the seasons in emotional terms, titled “Memory of Summer…”

In “Memory of Summer” I wanted to evoke the serene and mellow sense that the passage of summer brings. “Expectations of Autumn” conveys a sense of impending change, inspiring both excitement and a little anxiety. “Chill of Winter” has a sense of endurance, and “Hope of Spring” is about anticipation and joy.

These masks personify the passage of time and the changing moods of nature. Each wall-relief is fired in reduction with oxides and glaze, and all are wired to be mounted on the wall in any configuration that makes sense to you.