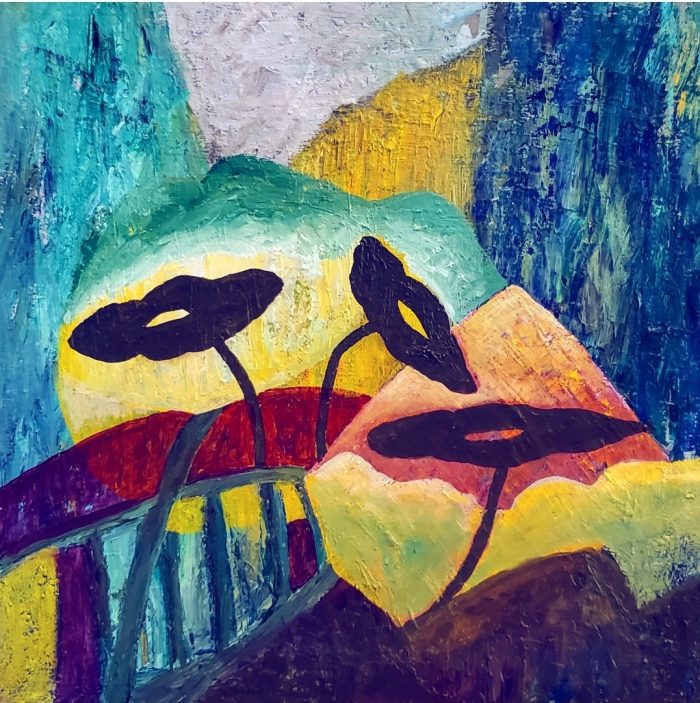 Living in Hokkaido, Japan, Kayia Adachi worked primarily in watercolors and using cartoons as subject matter growing up. Then she learned printing techniques and digital art, but she felt that these processes seperated the physical nature of being an artist. Oils soon began to be the medium of choice for Adachi, and her methods including building layers upon layers on panels, providing structure to respond to the chaos.