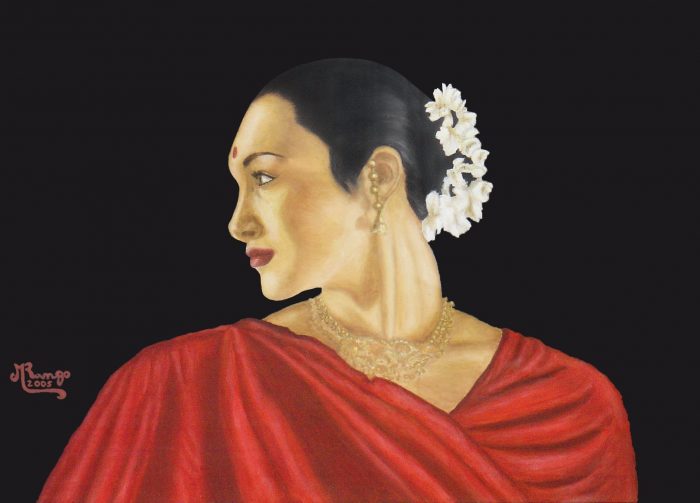 The work was presented during the 2009 solo show “Look at the World with Eyes of a Woman” at the Diocesan Museum of Cassano allo Ionio. It also participated in the personal exhibition at the Church of Santa Maria del Parto in Mergellina, Naples, and in numerous national group exhibitions. It was also published in the magazine “Effetto Arte” of May-June 2013.

Criticized by Serena Carlino, from the Italian national magazine “Effetto Arte” of May-June 2013: “Marilena Rango is a valid interpreter of contemporary figurative painting. In her paintings it is possible to grasp a profound analysis of reality, even far from the usual and a consequent pictorial transposition of success and of sure emotional impact. Climbing the limits imposed by mannerism, the Rango, invents a renewed expressive syntax full of creativity and compositional flair. It results in a balanced narration of the representative context, supported also by a generous palette full of happy colors. The one she chose is a path that leads to the rediscovery of those perceptions and sensations that we call feelings.”