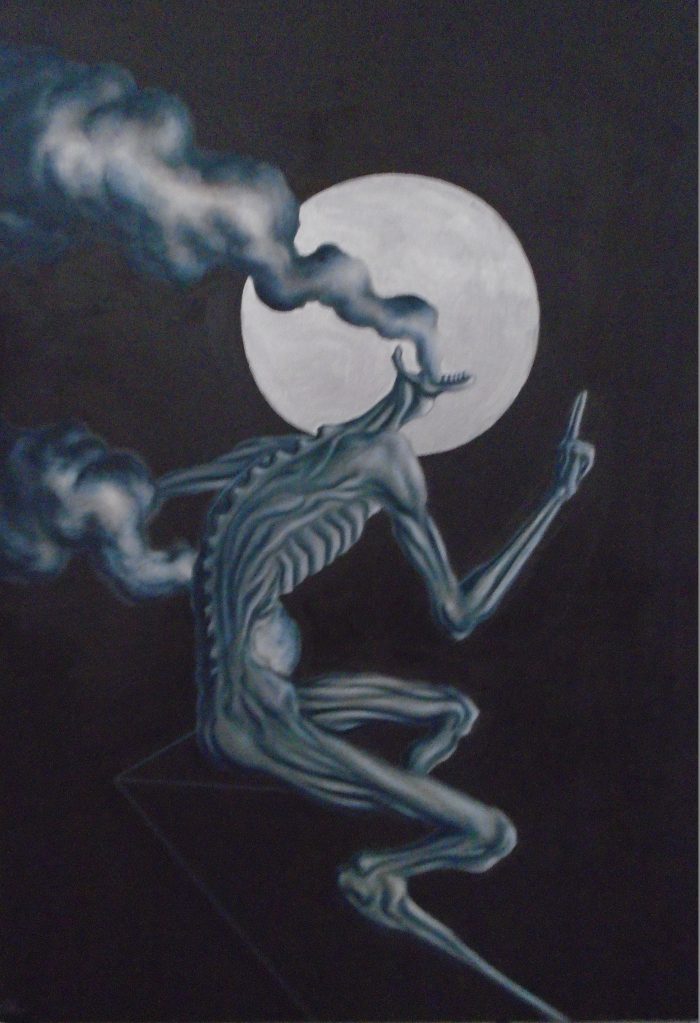 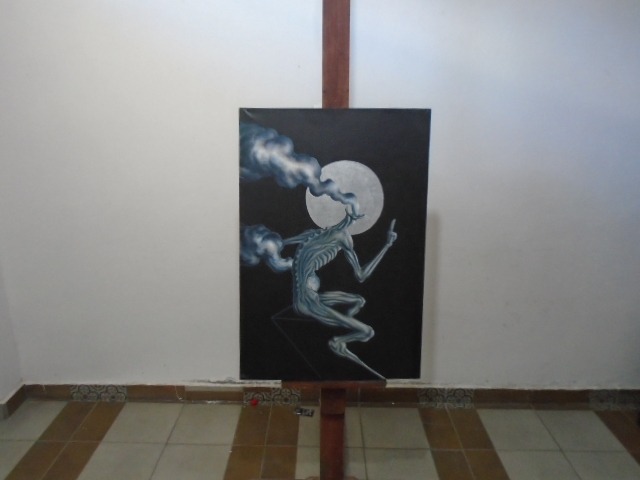 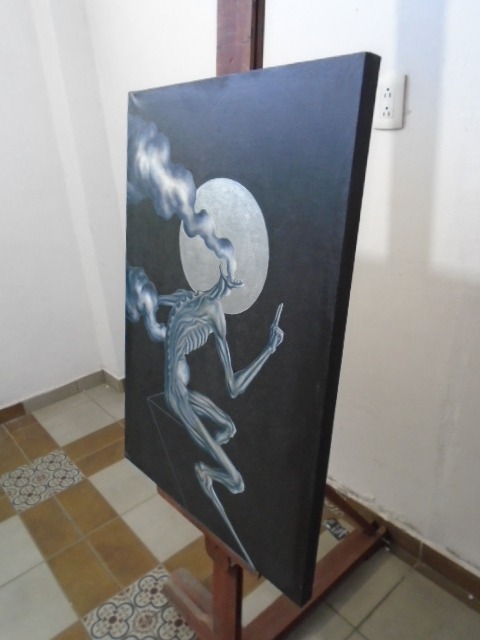 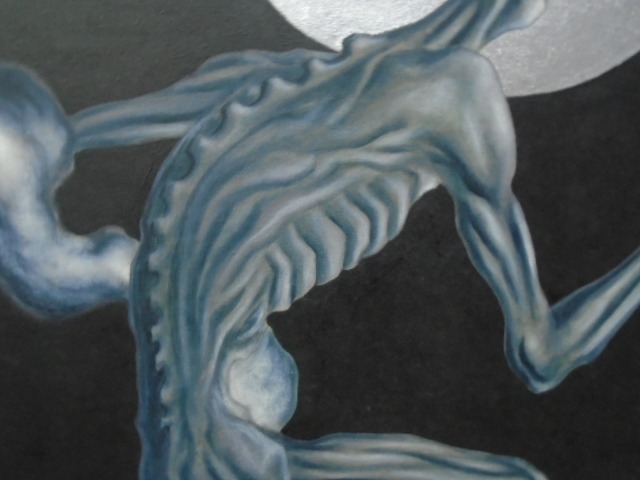 “Hunger” is a piece of the triptych “Hunger, Magic and Death”.

The triptych seeks to function as a gloomy trinity of power, makes use of sacred iconography with the haloes and the focus of the lateral figures while the magicians in the center build an imaginary structure as a bridge between the abysses.

The figures of Hunger and Death represent the ductile capacity to transform such attributes into symbolic elements of domination as a psychological capital that the discourse of factual power in turn will mold under their interests, for throughout history they remain immutable while on the outside they are transformed, hunger being currently the representative of artificial scarcity, maquilado enjoyment and frivolous and voracious desire institutionalized in the consumer society, death in turn signifying itself under the inertia of the scenario that requests it, being sometimes a way of atonement, element of sacrifice for the good of the homeland, or evil entity that redoubles with the suggestion of its presence the efforts of hedonism for making up and sweetening the sociodrama of reality to hide it, on the other hand, magic is the illusory fabric of the dominant discourse, cornerstone of the fictional dogma in turn, foundation of the architecture of reality.