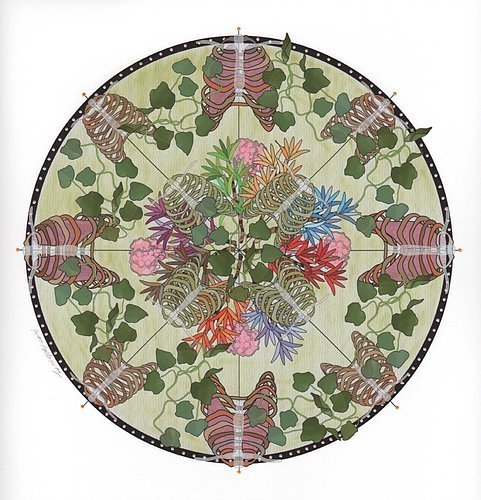 Gasping for a Breath

The partially closed bony structure that protects the heart and lungs. There are 12 paired bones, symmetrically on the right and left side.

Described as an effervescent plant and a good fix for allergies. It is said to clean a room of airborne mold in just 6 hours. It also filters our formaldehyde found in some household cleaning products. Ivy wraps itself around the object it is near.

This tree is grown in gardens and used indoors in homes and offices. It adapts easily to most interiors. The Lady Palm can handle both humid and dry climates. This plant targets ammonia and cleans out other indoor pollutants, helping to purify the air.

Clusters of air sacs that make up the most lung tissue. It assists the exchange of oxygen and carbon dioxide that takes place in the air sacs. When the lung is diseased, less air is passed into the blood stream and breathing is difficult.

The primary organ of respiration. There are normally two lungs, a right and a left, near the backbone on either side of the heart. The right lung is larger and weighs more than the left. The lungs are enclosed with the pleural sac.