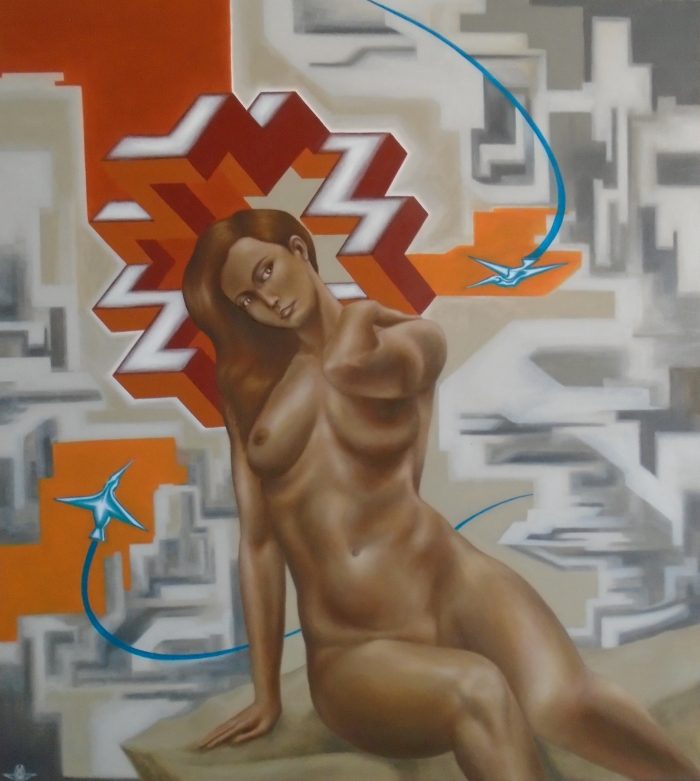 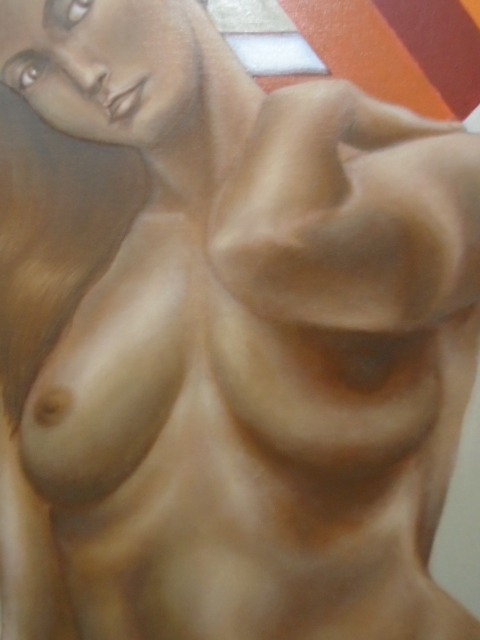 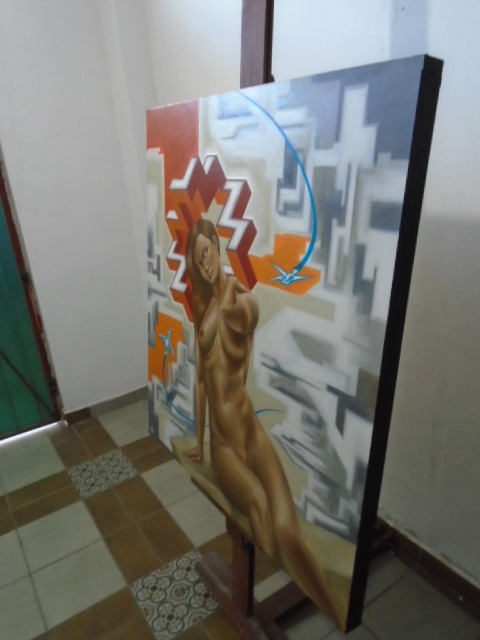 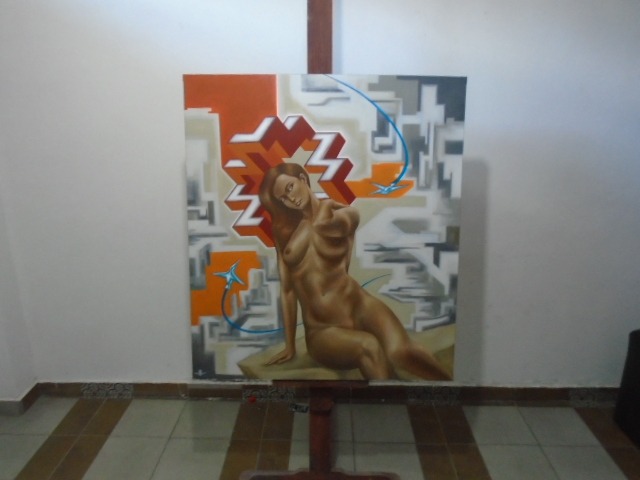 Series of works that are inspired by nature and that have as an allegory the courtship, seduction, sensuality and fecundity approached from a symbolic plane where the colibris (courtships) seek the nectar of the flower, to which she will choose one among them, which is a tribute to the feminine beauty that summons and sets in motion the challenge to conquer her love.

The series uses the female figure as a symbol of the flower crowned by a geometric abstraction that represents the unfolding of its petals before the courtship of the colibris.

The work uses different elements to address the real, the imaginary and the symbolic, uses realism in the human figure, geometric abstraction to suggest the psychological climate of the subject, and a stylized figuration of the hummingbird to treat it symbolically, being attractively fitted to the concept in a harmonious and dynamic whole.

The composition uses dynamic diagonals, one described in the female figure and the geometries that accompany it in warm colors, the flight of the colibris describe their flight forming the other opposite diagonal in curved lines as centrifugal forces because they contrast with their cold tones.