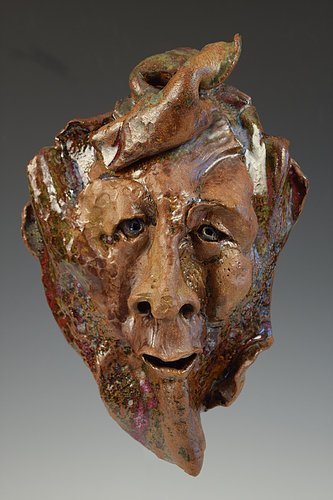 This piece is one of a series depicting elements of fire and earth. In “Flame” I was imagining the flickering red, blue, and golden hues found within fire.

My masks are portraits of the various elemental life forces that populate nature, mythology, and folklore. This mask is the personification of a mysterious and profound force in our lives.