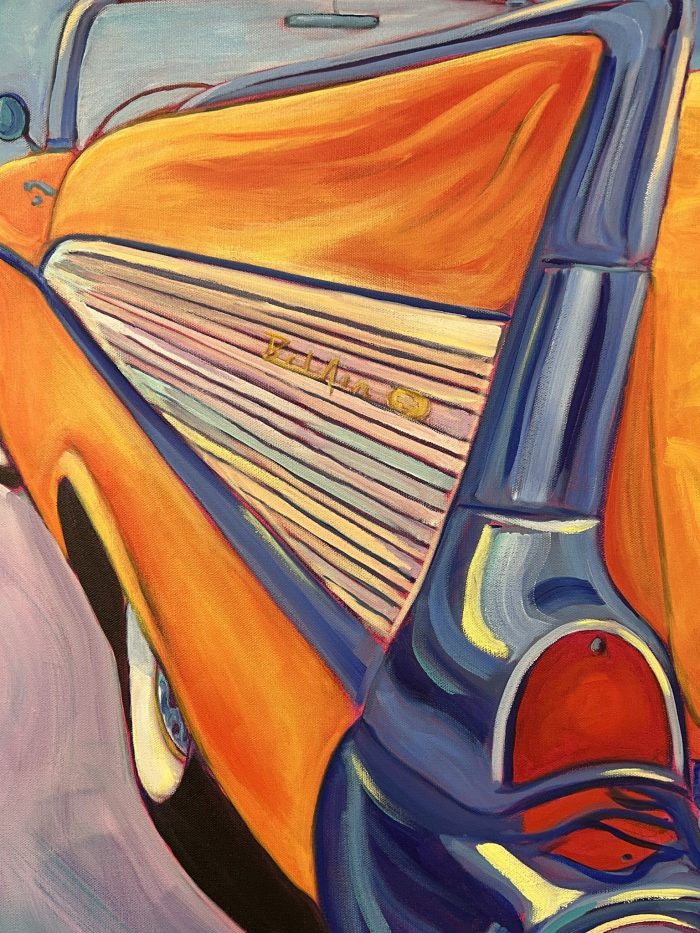 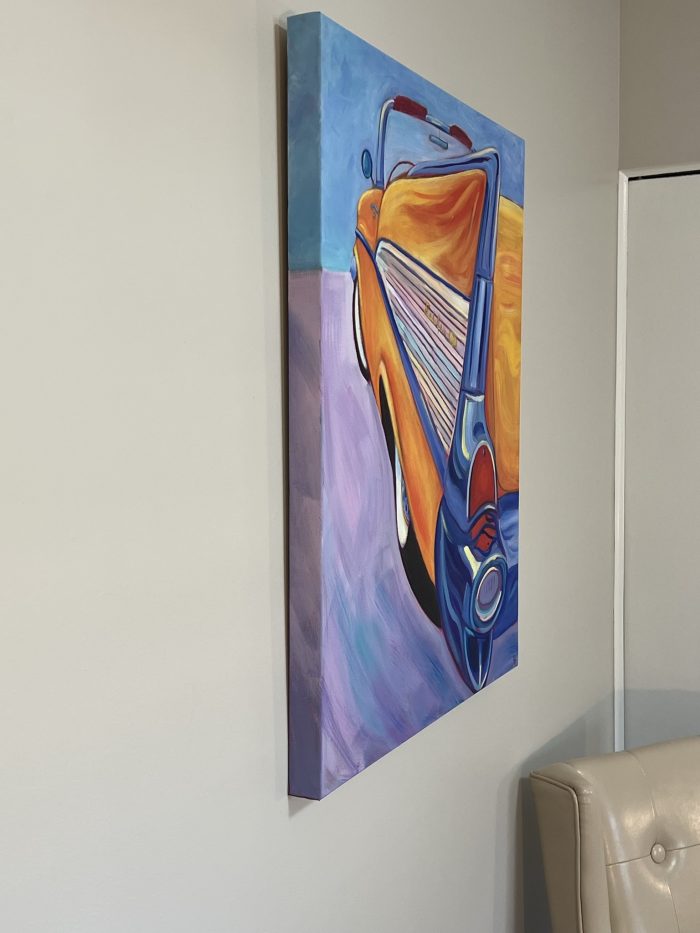 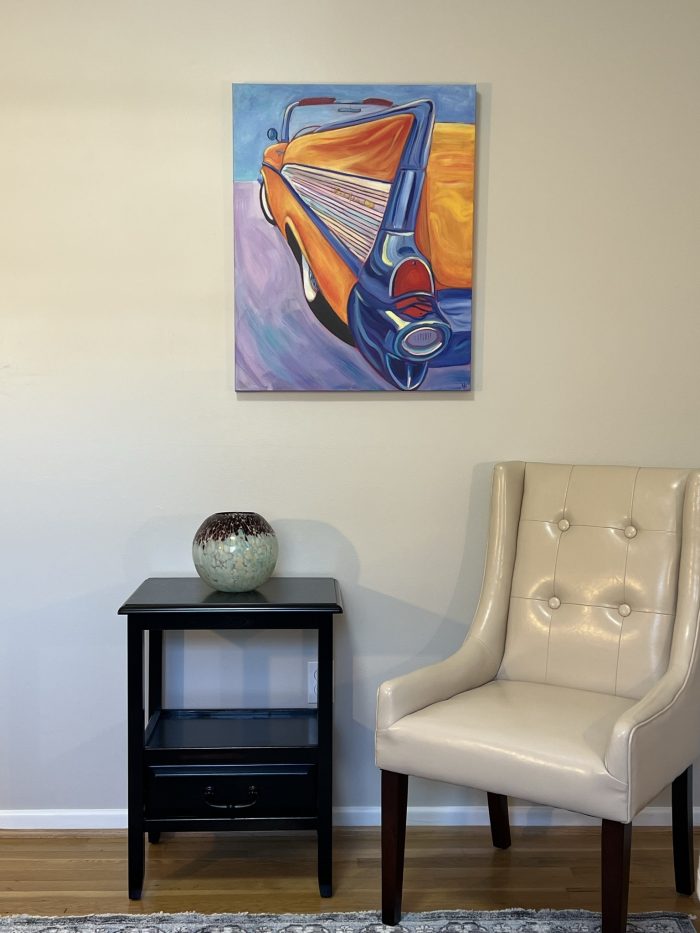 1957 Chevy Bel Air. The Artist was inspired by the chrome on this car, the “fan” on the fender, and the little hip. This car is one of the Artists’ “dream” cars on her someday list.

Process: The artist is a frequent car shows and national parks. She frequently travels with her camera and sketch pad in tow seeking inspiration both near and far. Once inspired she uses technology to get further inspiration from the field photos and sketches. 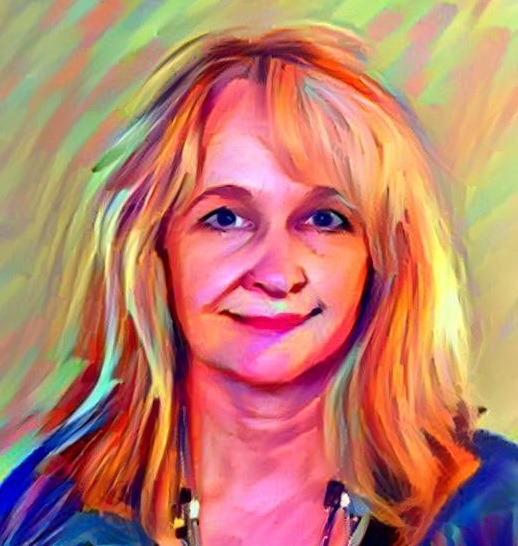 Georgia Harlow is a contemporary painter who blends abstract expressionism, impressionism, and realism. Her work is full of vibrant colors and expressive brushwork. Georgia is also avid lover and collector of classic cars and this is a common theme in her work.

Georgia got started painting at a young age with support from her Grandmother who was also a painter focusing on landscapes and still life paintings of flowers. She studied art at the Art League in Alexandria, Virginia with Joey Manlapaz, Bobbi Pratte, and Mat Pinney.Georgia spends her free time outside taking photographs and sketching subjects she later captures in paint. She's a regular wherever there are classic and exotic cars with her camera in tow. She uses her technology skills to further develop ideas for paintings. Georgia primarily works in Acrylic and Oil.