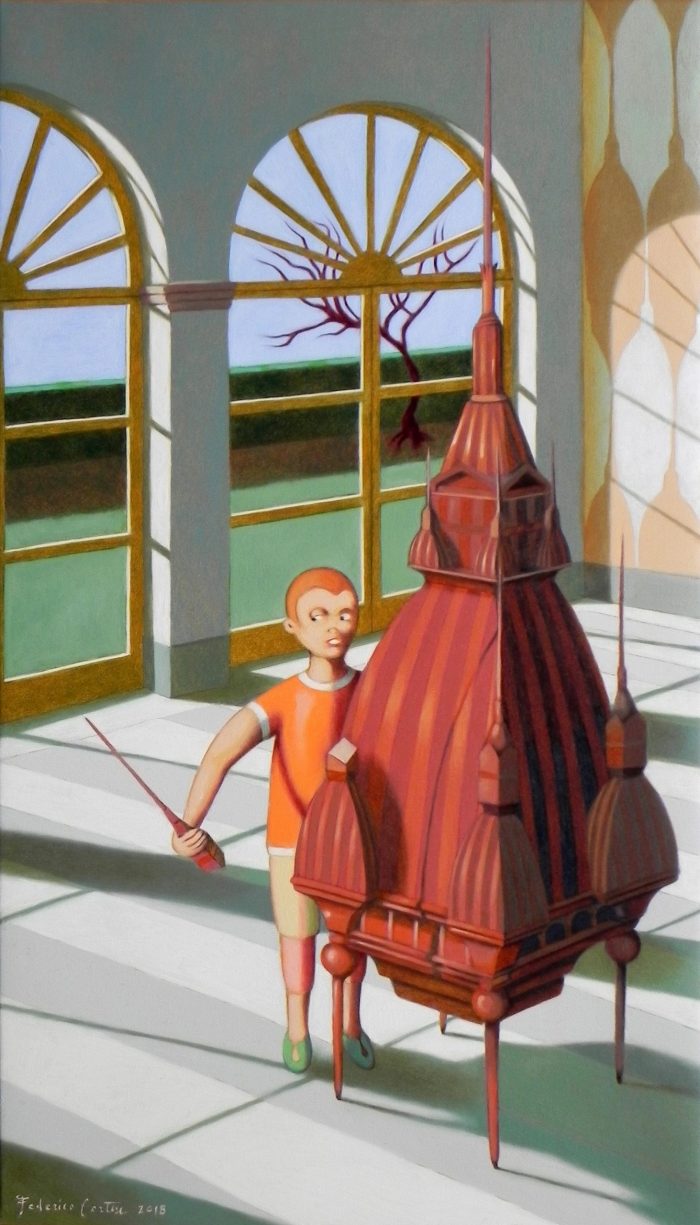 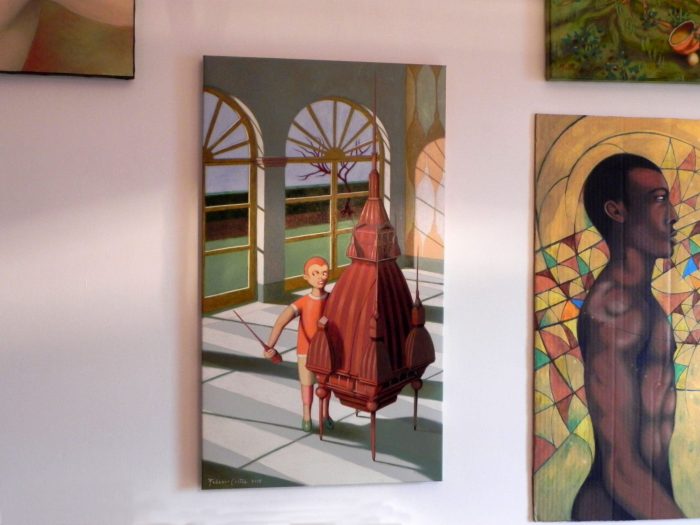 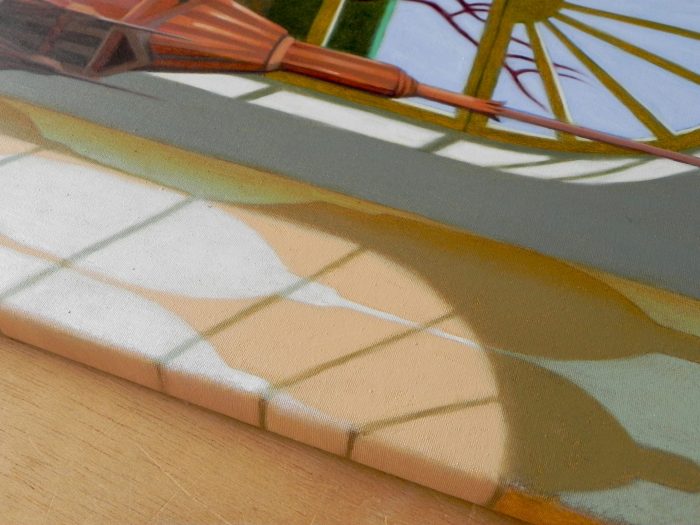 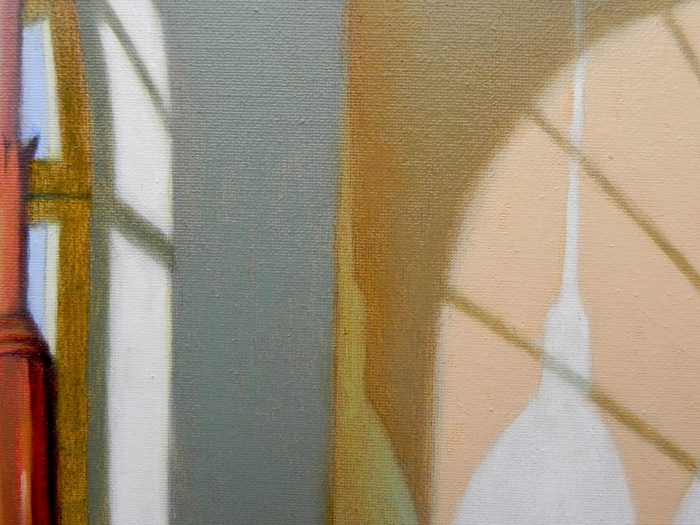 An original piece from the series “Abandoned rooms”, oil on canvas. 2018. This series of paintings was inspired by the metaphysical landscapes of De Chirico. I have always been fascinated by their clear vision of the architecture, with the precise design of the shadows, almost anticipating the modern use of three-dimensional modeling software. In the way I feel, however, more introverted and almost unsociable, the outer space is transformed into a closed one, private and protected, from which the human presence is totally gone away. In those rooms then, it may happen that some strange objects and some unexpected decorations appear, suggesting that the person who lives there has overcome the lack of relationship to the outside world with the richness and complexity of his inner world. Thickness of the canvas: 2 cm. Finishing: protective gloss varnish (transparent mastic paint). Certificate of Authenticity: included, with signature of the artist on photograph. Edges of the canvas: painted in continuity with the surface (the canvas can be hanged without frame). Signed: on the front, bottom left corner.